I will tell you a secret...

“Everything that you dream about can and should come true. Your dream wants you no less than you want it. It is the reason for your presence here, and your suffering is the reason for your run-out from your destiny. Not a single dream comes to us without the possibility of its realization, but at the same time, the only person who interferes into its realization now is you yourself.”

Once I have also decided that wizards exist only in fairy tales, that life is a struggle, that happiness does not exist, that our resources and the planet’s resources are limited, that “adults” know better what I need and that one should live the way others say.

This led me to the fact that I "broke." I went into pieces, there was some crack deep in my bones. A large wrinkle appeared between the eyebrows on my face, in my heart there was a hole the size of a frozen star. I thought that love did not exist, that there was no God. I have lost almost all my friends, I have even lost my relatives for a while. My business has collapsed, long-term partnerships have bitten the dust into, I have run into debt. I thought that I couldn’t do anything, sometimes I even wanted to die.

And then I did the greatest thing in my life: I bought two tickets for myself: the first one was to Bali, the other one was to Tibet. I got lost even more there.

I faced all my fears and illusions, my ego and, I dare say, death. Everything that in fact never existed has died - all my illusions, all my ideas about myself and the world which were built on lies. The one who lived separately from the reality has died.

Something else was born there, and it was finally the real. There I remembered my childhood dreams, I started dancing, singing and playing musical instruments, I gained my strength, I met a beloved man and found my teacher. Now I know what real freedom is, what the world consists of and where to find answers to all your questions.

Do not be afraid of everything written above because, in addition to my superpowers and various initiations from oriental masters and healers, I also have a good scientific base for working with people. I have a diploma of Moscow State University, I have also received a second higher education at the Russian State Humanitarian University (Vygotsky Institute of Psychology) and an additional degree at MIGIP. In Bali I studied at the American Inner Guidance Institute and now my work is based mainly on this system. 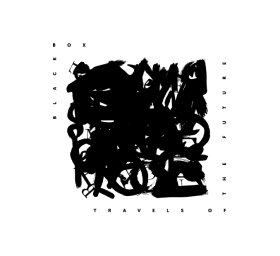